Here's some examples of my "drawn" maps. Mostly as a per request thing, but also to encourage some more mapping or even help those already doing it :)

On like half of my maps, I sketch up something in advance. Some advantages to this, at least for me:

So let me first say, I can't draw worth a damn. Not even a little bit. I'm so bad at it that it's not even funny. But the only point here it to sketch out something that makes sense to YOU, not that looks good or necessarily makes sense to other people. I'm also proud of my handwriting.

This is easily the map I've spent the most time on, ever. Almost only because I had very little of an idea of what exactly it should be or look like, and I wanted it to be good. 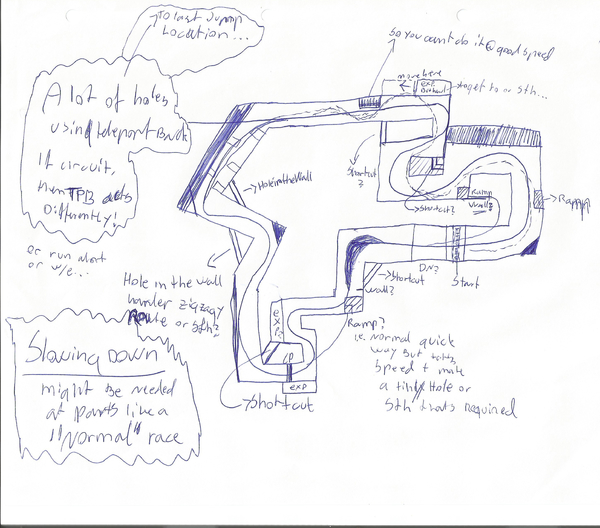 Then I mapped that out in Radiant, roughly, and printed out a top view of that, to add some more details on it, since I still couldn't quite figure out "what to do". I also have 46 backups of that map it seems, for anyone interested: http://projectrik.com/files/circuit1_history.zip

Screenshots of the circuit1 backups put in a timelapse-ish(?) thing..

The printed out top view:

Aaand then I went ahead and added some details etc to it: 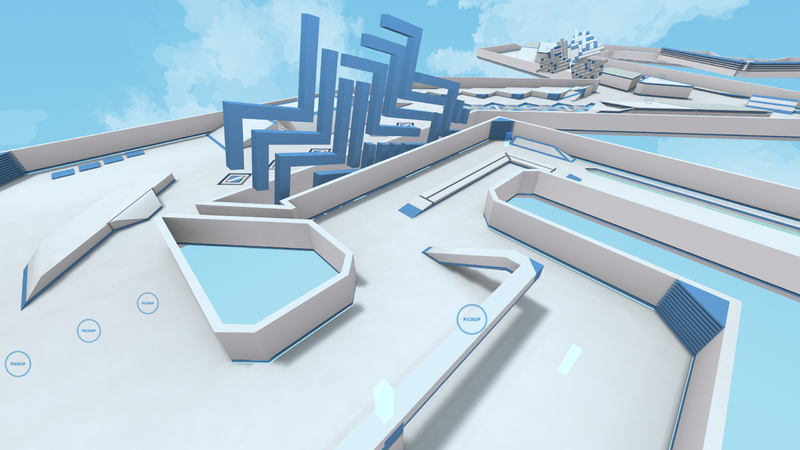 The rest of the examples, including this one is much more basic. This is how I usually do it :) Can see how in particular the end part of this map changed from the sketch. 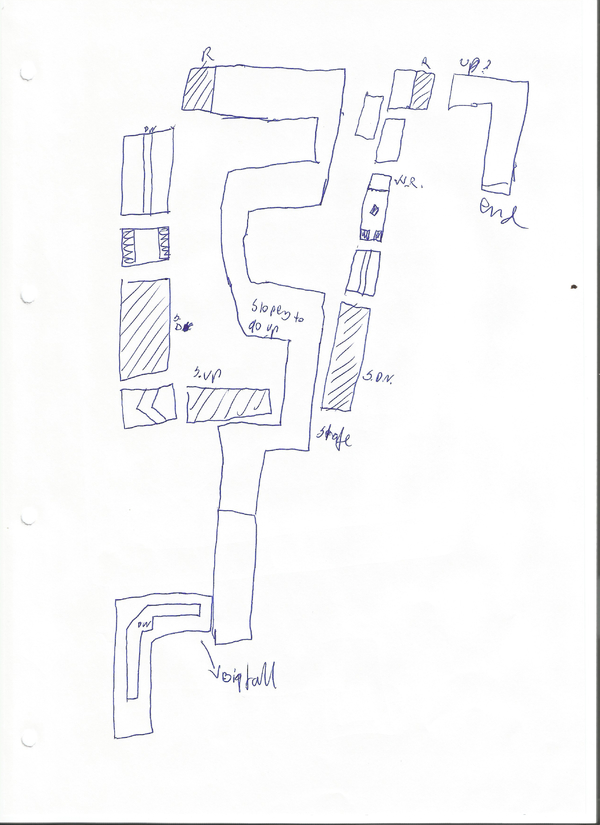 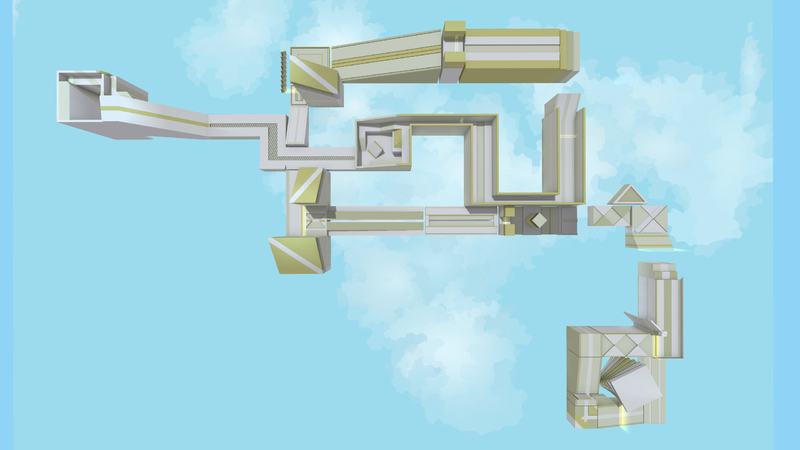 Again, the end part changed a bit, and some adjustments\changes to everything else as well. 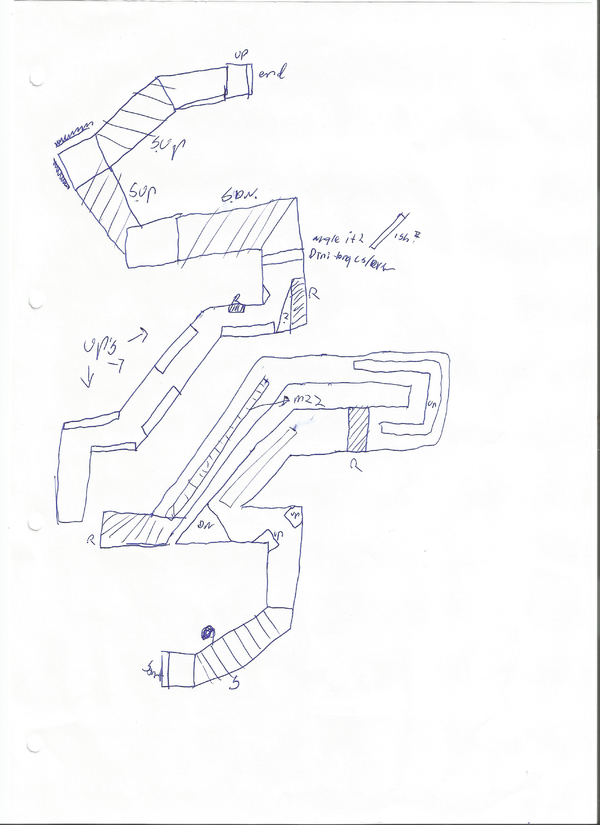 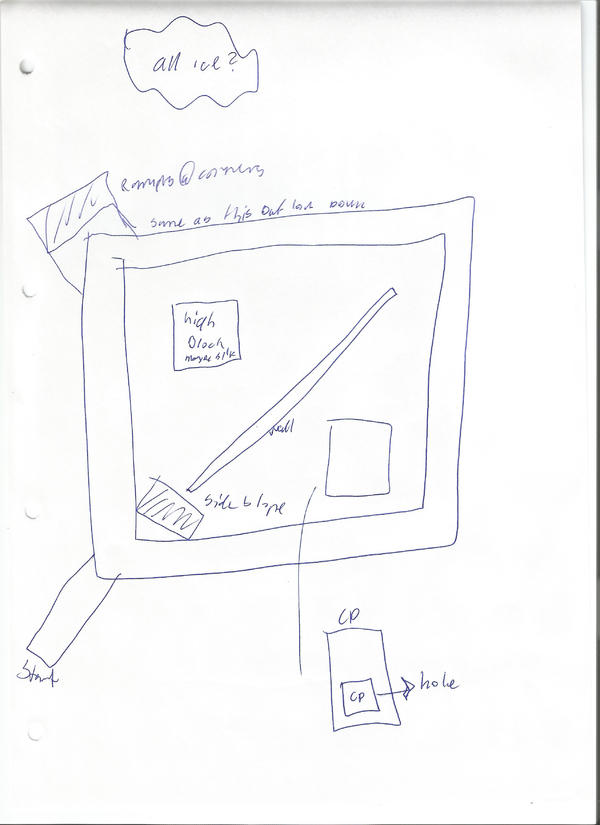 Due to my lack of ability to draw in 3d, you can see how I sort of drew this in parts, some of it viewed from the side, and so forth.. 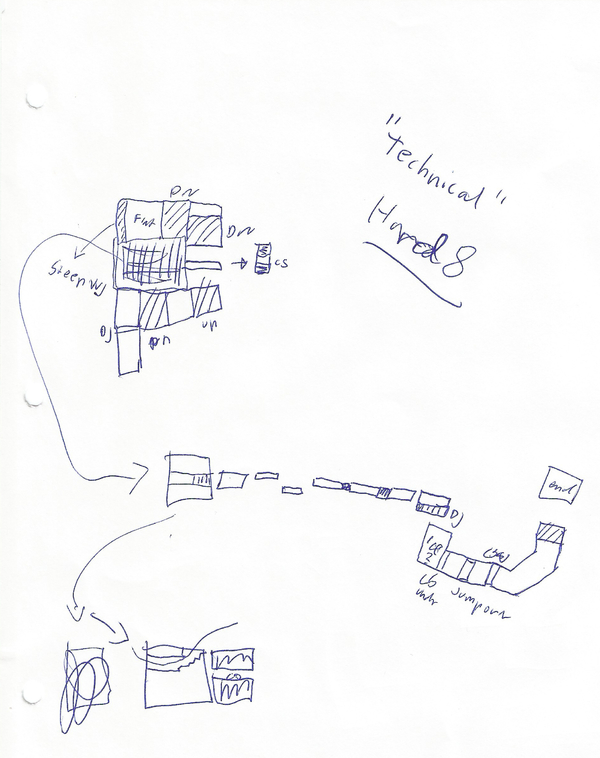 Good idea, thanks for sharing ;)

I dont like to draw sketches up front. I suppose it's more professional way to do it, but given the fact that pretty much everything is very easily adjustable in RIK, it's not really necessary. If I have some plan drawn, it becomes a "must do" and doesn't feel half the fun to do. So far all of my maps are 99% improvised with very minimal planning happening before. In fact, most of the time i just make 3 brushes in map, then go jump around with them in RIK and try to visualize how the map could be.