Hi, Just found this game yesterday, ive been circle/strafe jumping for a few years and I used to Surf a lot on cs 1.6

Im curious as to why my air speed is locked after I have come off a Surf pad ?

I would have thought at least A and D air speed would be possible, It just seems a little weird knowing that the speed you left the surf pad with is the speed you will have the whole time in the air (unless you drop speed).

Would it not be better to have A and D air speed implemented into the physics on surf maps ? I feel like my air maneuvers are very limited with a speed cap after you leave the surf pad. I can lose speed in the air but not gain it =/

We need to be able to Air strafe for it to be Authentic, CS 1.6 had sv_airaccelerate.

There is I believe an Air speed cap, but Its only ever mentioned on TF2 physics information guides, That I can find.

Yes I'm aware, it was a choice I made, seeing as you can't strafe while in air, there's not really that much justification, imo, to be able to gain marginal amounts of speed by using a\d either. Or more to the point, it's not that big a deal.

As for the "authentic" part, that's not really what this all is about, if I wanted it to be authentic in that sense I would have reversed engineered it from the Source engine instead of writing it from scratch. The point is to have a fun/functional or whatever type of surf physics, not to try to be 100% identical to the CS surf.

That being said, I have made misc adjustments to the surf physics, but they still need some more testing and so forth. Will release it eventually and include some parameters for tweaking the surf physics directly, so you CS people can try it out and see how you like it the best as well :) 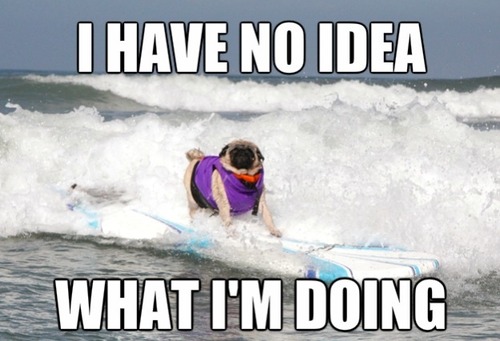 I mostly played warsow so my strafing is not from counterstrike. Surfing on cs 1.6 was just something in between. I really was hesitant to type the word "authentic" and I actually wanted to say more of an "authentic feeling" speaking loosely ofcourse, In adding a Surf mode you have directly reached out to those in the surfing communities, criticism is inevitable.

I could be a little more constructive, and challange your opinion on marginal amounts of speed gained in the air, in turn justify my reasons for wanting some changes, but Im happy with the reply =).

Look forward to future updates of this game.

Edit: should I justify it? =d

Yeah, go for it. :) Never been much for yes-men so if you got some arguments for it I'd like to hear them. The only ones I've really gotten so far from other people is "but it's like that in CS" and like I said before that doesn't weigh heavy :P

But first, let me explain my reasons for it. The way I see it, the main argument FOR having a small a\d accel would be in maps like surf2 (which I see now there's no video for). But in that map you get a lot of useless airtime. That's where this a\d would be nice to have, giving the airtime a purpose (to gain more speed).

The reason I haven't enabled it though, is largely to simplify things; make it easier for new people and so forth. Take maps like surf4, where there's generally little time to do much a\d in the air. But I imagine if a\d was enabled, it would force people who wanted a top time to try to push in as much a\d type movements between the surfing as possible, to maximize the speed. And this I think would first of all be a lot less "relaxing" to do than what the surf currently is, and somewhat break the flow a bit. And I know, at least from what I've seen at youtube, this doesn't seem to be an issue in CS, at least not for the mostpart. And another reason was also to avoid any CS bunnyhop tendencies. (While it might be fun, it's not very visually appealing).

So I'm not saying it'll never happen, nor that I'm personally against it on a general basis, just that this is the reasoning for me preventing it in the first place. In other words, the simplification of it (for a more relaxing experience with an easier flow to it) weighed heavier than the boring airtime scenarios. I don't think those maps wouldn't be that much more fun if you could do some a\d in the air either.

I would like to add that in my mind there's no reason to even make it exactly same or extremely close to CS surfing, because it would bring "only surf" people in the game and there already exists a game for that. We can already see in the surf map records people who have played only the surf maps and haven't even tried other maps. Surfing in RIK is supposed to be just one technique amongst others. While I think it's good to have surf-only maps too, just like only walljump maps as well, it would be rather lame for people to just play one aspect of the game.

"Eat your vegetables, they're good for you."

Firstly CS and TF2 both have air speed cap, so its not like people abuse the air strafe. To get great speed you need to remain on the surf pad and get very little air time, Its the same with normal strafe jump, in order to put in a good time have less air time. This is not about trying to abuse speed in the air instead of using a surf route.

We have to remember what surf is first, Surf was never about gaining times on a map it was mostly fun with some maps like surf simpson being a little challange on each stage. Later on people started adding in little switches to set times on maps but not many people really cared about those timer switches to much.

This game how ever is a whole hearted race game, and I think on that basis alone its a good enough reason to have control of every movement, instead of being restricted so to speak (handicap) in the air.

I will go into it further using the video you have linked me for surf4, its a good example of what im trying to point out actually. At 8 seconds into the video, the speed of the player has been transfered into height by surfing up to give him the velocity needed to make the gap. Theres a problem tho, Lets just say you need 460ups to make the gap (shown at 11 seconds into the video) but you only have 450ups as soon as you have transfered your speed into velocity and left the last surf pad before the gap. As soon as your in the air with those 450ups no longer than a second later your realize actually you need 460 to make this gap.

This is where the air speed strafe comes into it, I can compensate for any lose of speed and make up those 10Ups that matter to make the gap.

If Im surfing every pad knowing that I need "X" speed and "V" velocity, I will be able to tell if the gap is a fail or not as soon as I go into the air knowing full well what the "X" and "V" outcome equals without me being able to add in my own compensation.

So to reiterate, air speed is good for compensation.

Im a bit salty that some people would feel offended or think only surf players would come here, This whole defrag genre is based on people like my self who completely avoided playing any other game mode other than defrag.

I host a reflex server, and I have gamers who come on my server all the time who have only ever played 1v1 matches (ego). I show some of them how to defrag instead of linking them to a website like a lot of other people do.

After a while I will have them thanking me for showing them defrag can be fun/challange and they would play it more often. I would not be so worried about only Surf players coming into the game and only surfing. This game has a great tutorial and more people would strafe than normal thanks to the tutorial.

I actually believe that, ive never seen a tutorial like this one, its much better than any youtube video minus the dialogue.

Yea it was a bit long but I wasnt sure If my point would get across, its just like a single or double beat strafe except in the air using A or D only to take advantage of speed lost during a transfer.

I know im kinda inactive but i think the only benefit to full surf maps its the ability to bring in players who would otherwise avoid RIK / Defrag. Once here hopefully they can start picking up other movements too and stay around.

"...there already exists a game for that"

wut? there are already games for alot of things that RIK offers. RIK's biggest strength is that it combines these elements into one game to bring people from different communities together.

i wouldn't mind being able to strafe (W+A/W+D) after surfing btw, maybe 50% accel or something to make it less necessary for those small windows of strafing.. but from my surfing experience, bunnying (A/D turning) does not accelerate you while mid-air in CS either.
the biggest thing i'd like to see is way less horizontal speed penalty for climbing, while still keeping the vertical speed you'd gain. managed to dig up a CS surf video with a speedometer that might give you some idea of just how smooth surfing can be in CS, compared to current RIK settings:

Aye, agree. The original was probably a bit too "easy", but the current one is so "hard" that it becomes limiting. I did already do a rewrite of it that acts a little bit differently, and is much more forgiving without being overly easy, but it needs some more testing and so forth first :)

I love that "a game already exists for that", should tell the AAA industry and get them to remove / shut down 99% of all their games.

Nice of you all to pick few words from a sentence, and ignoring the point of the whole sentence completely.