A fun map just for aiming. Step on the podium in the middle to start the run, shoot all the shootpoints, jump up to end the run. I've had some people say they'd want to shoot me, so now it's possible in RIK too! The map doesn't really have anything to do with movement nor tricking, so for that reason it will not be accepted for official servers and rankings.

Feel free to report your times in this topic. I haven't had a decent shoot in it so far, 13.0 my best atm (missed 4 shots). 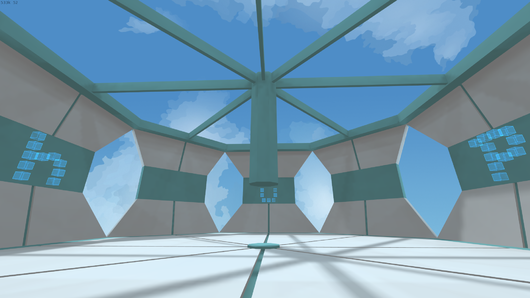 Cool, looking forward to play it.