I implemented this just now, which means that from now on the rankings page will be regenerated once a day.

The system here automatically caches any page once it's created, meaning it'll load more or less instantly when you try to access it. But until now, once someone sets a new record for example, all the cached rankings pages have been deleted. Which means that most of the time, you'd have to wait for the page to regenerate. This was intentional to save myself some work a while ago, seeing as with just a few thousand records it would regenerate fairly quickly. But now it was getting bothersome. To be clear, this only affects the /rankings/top/.. pages for now. The main rankings page will still act as before, which means it can take a few seconds to load some times. Might do some partial cache for that one eventually too :) (i.e. cache the most recent #1's part of it, since that's what takes time to load up)

I'll implement this sort of periodic refresh for the player's rankings pages too, see here.

On another note, we've had ~170 new levels since last time I summarized that. Amazing! :mrgreen: Which presented a bit of a problem with my typical "glue-together-a-few-resized-screenshots"-approach. :p Squint yer eyes.

That was fast.. Again, celebratory map :) 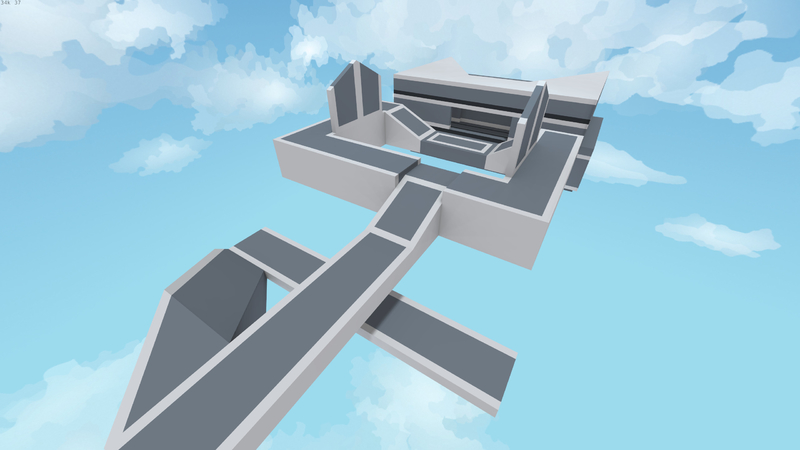 Will post some more informative news sometime not too far in the future, I'm working on something.. :)

First version of circuit is released, together with a bunch of other fixes and such, have a look at the changelog for more details.

A short explanation of how circuit works. There's 2 modes, circuit and battle circuit. Circuit works just like a normal run, except that instead of doing reversed and free runs, you do triple and hot runs. Triple is going from a standstill and 3 laps. Hot is any single lap that's not the first or the third one, which means you can jump in circles for as long as you want to get as fast a hot lap as possible.

If you start a battle circuit game, you and the other players in the game compete to finish X laps first. You can vote to start a battle circuit game on any server running a circuit map by doing /vote battle <number of laps>. /vote battle would start a 3 lap battle, while /vote battle 10 would start a 10 lap battle. (10 is the max atm). Any player who votes yes to this vote, will be included in that round. Everyone else can keep jumping like normally. Battle circuit players can interact with each other, by shooting rockets, using pickups, blocking, and so forth.

Pickups are random things you pick up, that you can use to your advantage. Currently you must bind a key to +cmd_use and click that, or hold +cmd_special and click shoot to use a pickup. While doing normal circuit the pickups will always give 2 rockets.

I've released two maps so far (circuit1 and circuit3), I have another one ready as well, and 2 other rehashes of run maps which are almost ready. Will upload them in the coming days. :) Circuit3 is a lot easier and shorter than circuit1.

Post whatever bugs you encounter here, or in the development section..

And we've had many new maps since last time I summarized! :D 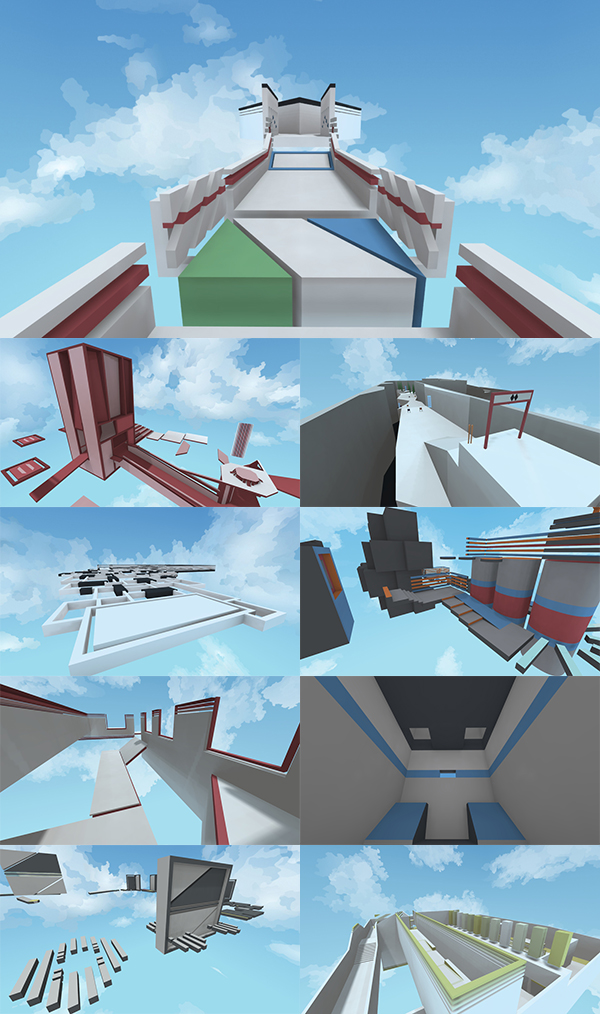 Been working mostly on circuit the past couple of weeks. Making the first map took a while longer than planned. At the moment everything is ready aside for the code for the individual "pickups". Those blue circles you see in the image below are pickups, e.g. you could pick up a speedboost, rockets, or many other things. Everything surrounding the pickups is done (picking them up, using them, pickup respawning, etc), just not the part where something actually happens when you use them :) Will start working on that today, and start running tests in a few days. Will do this on a private server in case there's a lot of major bugs. If you want to join in on the pre-release testing, throw me a PM with your steam username or something..

As mentioned above, here's a preview of "circuit1". I have a few other maps almost ready as well. :) (smaller and easier ones) 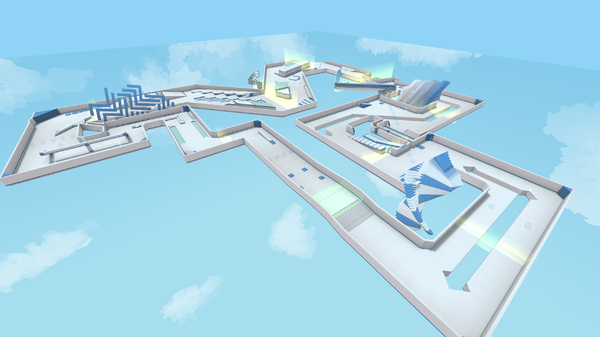